How to Properly Store and Preserve Your Fire Extinguisher

You will always see fire extinguishers placed on corners or walls of malls, offices, or commercial buildings. No one can predict a building fire will happen because they can start anytime. If your facility still doesn’t have fire extinguishers, you shouldn’t think twice and buy several of them. 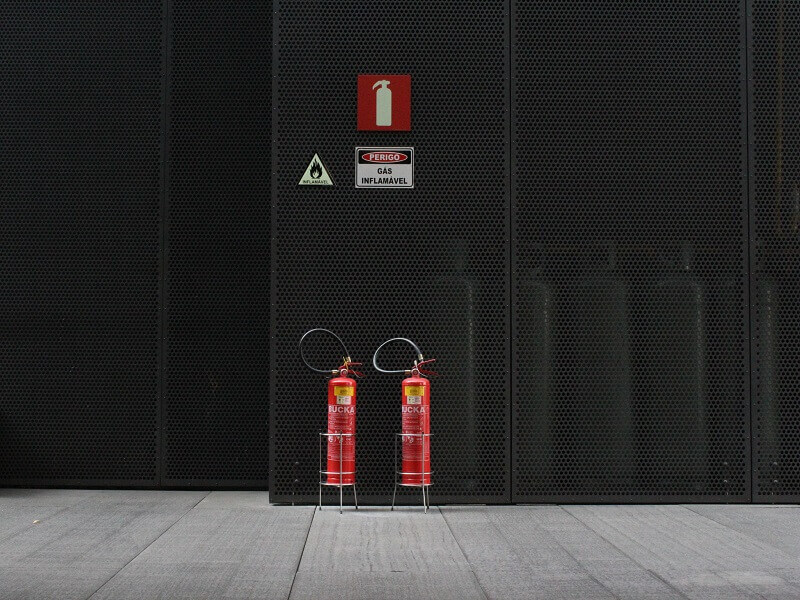 Most people might think that it’s incorrect to place or store fire extinguishers sideways because they might not work right away when operated. That’s not the case mainly because you can find other variants which you can keep sideways. You can do that with pressurized fire extinguishers since pressure stored inside helps release the contents with ease.

Be aware when storing fire extinguishers in vehicles

Your building might have a daily commuter van that drives your employees home every day. You have the option to place a small fire extinguisher to use when something catches on fire inside the car. One thing to remember about keeping fire extinguishers inside vehicles is never to expose them to direct sunlight.

There were many instances when the fire extinguishers wouldn’t work because of the high heat from the sun. You should instruct your company drivers to remove fire extinguishers from their vehicles whenever they park them for the day. It’s also practical to replace them if they haven’t been using them for a long time because there’s a chance that the shifting temperatures inside the vehicle caused its components to break or malfunction.

Place them in areas prone to fires

The best places to store fire extinguishers are in areas within your building that are highly susceptible to fires. Some examples include the kitchen, laundry rooms, garage spaces, and workshops. Anyone near or within those areas can find the fire extinguishers and put out fires at a moment’s notice, saving you from costly building repairs and expenses.

Kitchens are one of the most highly susceptible areas to building fires because of how much kitchen staff uses flammable gas and materials. Grease fires are the most common fire accident that can start in a kitchen due to the combustible materials. You need to extinguish them within minutes because it won’t stop burning once it reaches their peak temperature. Using water to put out grease fires will only make it worse, so it’s better to have Class B fire extinguishers near the kitchen.

Looking to Build and Renovate your Home or Office?

Find the best Professionals and companies nearby you on KreateCube .

Are you Professional or Company?

Join KreateCube to find Client nearby you!

Window Blinds Vs Window Curtains: Which one is the Best for Home Furnishing?

We've covered in detail the main factors that contribute to the huge argument about Window blinds vs. Window curtains. It's difficult to decide if blinds are superior to curtains in general since it all comes to what you want in your house.

What You Should Use to Clean Chrome Radiators

Chrome radiators come with a long list of benefits; not only are they a luxury product, but they are efficient when it comes to heating your home. If you’re working with a smaller space, chrome radiators can be mounted to a wall...

If you're determined to do some electrical jobs by yourself, you need to familiarize yourself first with the basics of electrical wiring. This way, you'll be in a position as a homeowner to regularly do routine maintenance and solve common issues.

5 HVAC Troubleshooting Tips for Every Homeowners

Retaining the ability to keep the inside of your home comfortable will require routine HVAC maintenance and repair. Various components are used to keep your HVAC system running like a well-oiled machine. If one of these components’ malfunctions, it..

How to Select the Right Murano Glass Centerpieces?

It is imperative to select a table centerpiece that effectively fits the atmosphere and harmonizes with the mood you want to establish because decorative glass centerpieces' relevance in improving the decoration of your home cannot be questioned.

What makes slow drains so troublesome, and how can plumbers help you?

Clogged drains are the stuff of nightmares. They are stinky, flood your home, and are harmful to health. You should never ignore the problem in its initial stages because that only worsens it.

How Important Is Interior Design in Hospitality Industry

Perhaps one of the most overlooked — but actually one of the most important — detail in the hospitality industry is interior design. What customers see when they step into your business can significantly affect their behavior, which means that...

Advantages of Using a Dumpster for Home Remodel or Renovations

If you are doing some home remodeling or renovations and have a lot of debris, you may be wondering if you should just rent a dumpster. This is a great option, especially if there are a lot of materials to get rid of.

6 Aspects to Consider When Selecting Curtains for Open Areas

When you’re trying to create a welcoming & aesthetically pleasing space, curtains become an excellent tool for your decorative ideas. One of the biggest challenges when it comes to home decorating, comes from selecting curtains. Keep reading to find.

Liven Up Your Home with These 12 Low-Light Houseplants

Do you want the beauty and benefits of greenery in your home, but feel like you don't have the right windows in order to take care of them? Don’t worry! There are plenty of low-light houseplants to choose from that will freshen up your space.

Types of Room Dividers - Why We Need, Where We Use and Advantages of Partition Walls

Divider wall is a perfect way to separate a room as per your taste. It can constructed anywhere to achieve number of goals such as simply divide a space, create privacy from passerby, hide mess, drive to footfalls or just for decor.

Creative Ways to Use Laser Cutting in Home Decoration

Laser cuttings are redefining the overall architecture and inner layout of the closed as well as open spaces. Interior Decorators are utilizing the wide range of variety for interior design, wall decor, partitions, practitioners, and also simply...

Choose, who you are!

Are you homeowner or interested in home and office design?

Are you offering architectural and interior design services or sell products?